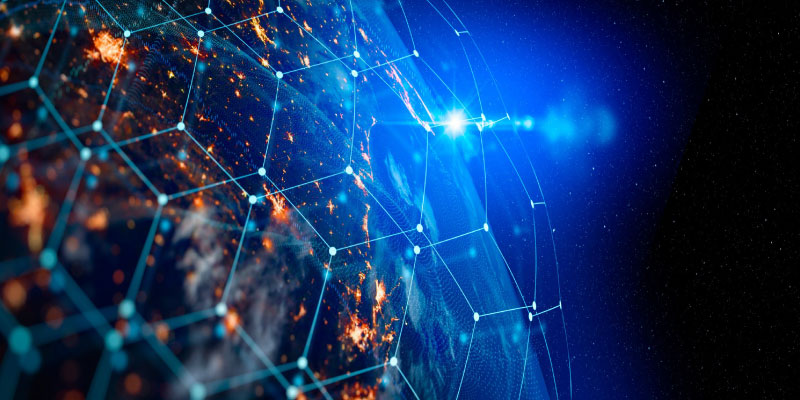 Since this is a novel experience and technology, it often leads to misunderstanding, depictions and outliers. It is a misguided paranoia, which leads to bad misapprehension regarding the concept and the tech itself. The algorithms of machine learning are wrongly perceived and delivered with negativity in the majority of the cases to the public. The immense novel ideology behind AI makes it suffer the majority of times and makes it an article of ridicule, ambiguity, speculation and assumptions.

But apart from all these vagueness and abstruseness regarding artificial intelligence, there remains a fact that is completely undeniable – this new technology has the perfect potential for transforming the lives of individuals and business just like the revolution electricity or the internet brought in the world. It is simply that, this technology is a part of futuristic approach and it is still in the phase of exploration, this is why it is still now properly introduced publicly and there are many delusions regarding this. There are certain lies regarding artificial intelligence, which must be cleared to spread the awareness regarding the technology among the masse, it is the elementary responsibility of any latest tech company.

It is well believed that if any gadget or a software is running on the new artificial intelligence system, then it can do anything. It is the smartest device and knows everything and can answer any question it is asked, or can solve any abstract problem or logical encounter it faces. Emad Mousavi, a data scientist, who is the founder of QuiGig, an American based service provider who connects freelancers, gives his expert option saying, artificial intelligence is typically machine language that is basically linked to computer programs. Via AI, we can complete various crucial analysis and with the help of some predefined criteria, it can make decisions. It is set on some rules and principles, hence artificial intelligence can never claim as the smartest element, being a complete partner for problem-solving.

This is also one of the most important misconceptions regarding AI, and it must be cleared in every manner. There are some businesses that believe that if they are equipped with artificially intelligent devices than they can be most successful. This can easily happen because AI devices are smart and can take decisions themselves, without any involvement of human beings, eliminating every interaction with mankind. This concept is completely vague and a lie. Even the most advanced and high tech-aided AI system merely follows all the processes that are defined by smart people. The definitions, concepts, logical thinking and decisions are predefined by smart data scientists or AI aware technicians. These machines cannot take any decision on their own will.

Any device that is made by a human, can never be naturally smart. Devices that are given artificial intelligence, they can never be naturally intelligent like a human being. The Facebook AI scientists explain that a computer only knows that three plus five equals eight, but only a human mind can be able to figure it out that eight minus five equals three. This is a simple logic, for a human, not a machine. The artificial intelligence is trained to add, not to understand what you mean to add. If you are looking forward to it to subtract, it needs to be trained and coded as per the requirements. AI systems have no logic on their own as a human has.

This is true that AI technology and the algorithm on which it works is far more efficient and accurate than a human can process, therefore induction of AI system in your businesses can be more cost-effective rather than employing human resource. But this is not to be misunderstood by replacing humans from jobs. The fact is that if you want your AI machine to work wonders, you need a huge amount of organized data to work from. But it is a reality that 80% of data is simply unorganized and it always has to be organized by human beings. Hence there is no unlimited power of any AI device.

Professor Stephen Hawking says that AI could turn to be the best as well as the worst human inventions in the history of mankind. But this never means it can destroy humanity. Every technology has its brighter side as well as the darker one, it solely depends on the humans that how they program these technologies, to be beneficial for them or a destroyer of their own existence.

As stated earlier, a human being can only be replaced if there leaves no work for them. But an AI smart system requires a human intervention, where the data is stored in these devices can be organized for them to be processed, the decisions and logical intelligence can be programmed on them. The devices are nothing on their own if they are not being operated and taken care by humans.

This is a complete vague phenomenon that AI devices can never tell a lie. If the information and data fed in the device are ambiguous and nebulous, definitely the device is bound to tell misleading answers. The devices entirely depend on humans that what data is being stored and how it is defined to disperse the information.

This is god-gifted phenomena a human holds and no AI system can have is pattern recognition. Millions of patterns can be stored in their memories but once a new pattern, which is not residing their memory is displayed, they can never give an answer to it.

As stated earlier, it is the common sense of a human mind only, that if they want to get an answer to be correct, they can think about it in a multi-dimensional way. But if you require same from an AI system, they need to be programmed for this complexity.

AI system devices if are programmed to hear human conversations, they can easily hear us. But if they are not programmed to respond to us after hearing the conversation, they will never utter a word or display the required information. They need to be programmed, both for hearing and then reacting.

These devices and systems are emotionless, painless and impassive designs, that are not made to understand the abstract feeling a human being possesses. Like a human knows and distinguish between the effect of being in rain or being at a beach. But for an AI machine, if they are in rain or at a beach, they cannot distinguish the effect on them.

Though there is much misleading information regarding AI, it will soon be a hit plan, if it is spread with correct information. At present, AI experts are mostly found in China and Silicon Valley, but with the boom of the international market, this phenomena will soon hit the market with a big bang and new AI start-up are soon expected throughout the world.

© 2022 Sky Potential Technologies. All rights reserved
We use cookies on our website to give you the most relevant experience by remembering your preferences and repeat visits. By clicking “Accept”, you consent to the use of ALL the cookies.
Cookie settingsACCEPT
Manage consent

This website uses cookies to improve your experience while you navigate through the website. Out of these, the cookies that are categorized as necessary are stored on your browser as they are essential for the working of basic functionalities of the website. We also use third-party cookies that help us analyze and understand how you use this website. These cookies will be stored in your browser only with your consent. You also have the option to opt-out of these cookies. But opting out of some of these cookies may affect your browsing experience.
Necessary Always Enabled
Necessary cookies are absolutely essential for the website to function properly. These cookies ensure basic functionalities and security features of the website, anonymously.
Functional
Functional cookies help to perform certain functionalities like sharing the content of the website on social media platforms, collect feedbacks, and other third-party features.
Performance
Performance cookies are used to understand and analyze the key performance indexes of the website which helps in delivering a better user experience for the visitors.
Analytics
Analytical cookies are used to understand how visitors interact with the website. These cookies help provide information on metrics the number of visitors, bounce rate, traffic source, etc.
Advertisement
Advertisement cookies are used to provide visitors with relevant ads and marketing campaigns. These cookies track visitors across websites and collect information to provide customized ads.
Others
Other uncategorized cookies are those that are being analyzed and have not been classified into a category as yet.
SAVE & ACCEPT